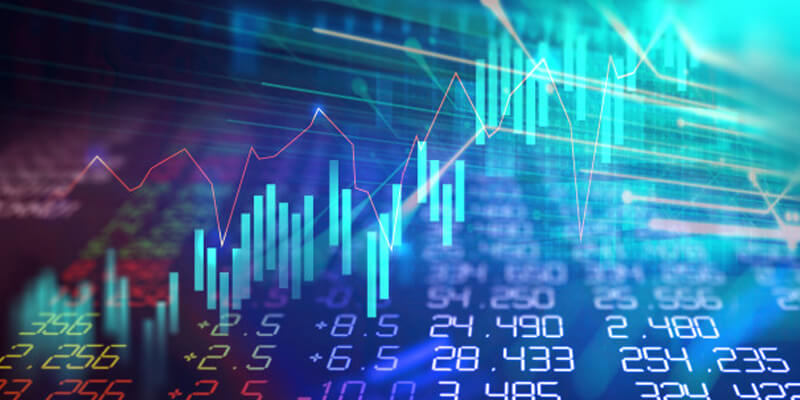 A flag in the shape of a triangle with a tapering tail towards the end is referred to as Pennant. A similar looking pattern is formed immediately after a major movement in the price chart of a financial trading asset in the shape of a triangular flag that can be seen by connecting the trend lines which are converging towards the end of the chart and then follow the same path of the initial trend with an outbreak. Pennants can be classified as Bearish Pennant and Bullish Pennant depending on its trend direction. This is how a Bearish and Bullish Pennant depicted in a Chart.

Bearish Pennants can be seen during a strong downtrend in the price chart followed by a short period of up’s & down’s, the trends lines of which resembles a triangular flag. Then there comes another sharp downtrend of fall in price which bestows an opportunity to make a short trade which is profitable from a huge fall in price. ADVANTAGES OF BULLISH AND BEARISH PENNANT

The advantage of the bearish pennant in trading is that it allows us to make a short trade which will be beneficial to the traders to gain profit up to a certain level from a huge fall in the price.

Similarly, bullish pennant which is formed during the rise in price chart can also be profitable for the traders when used to make long trade when the price rises for the second time.

Flag patterns are formed when the price chart moves in a narrow path sideways preceded & followed by a steep break out or breakdown depending on the type of trend and can be differentiated as the Bullish and the Bearish Flag.

The Bullish flag is a result of a sudden uptrend in price rate which looks like a pole and is followed by a collective narrow path of highs & lows which depicts the shape of a flag and then again follows the trend line with a breakout. On the contrary, the Bearish flag is an inverted version of the Bullish flag which finds its existence during a downtrend instead. Entry spots can be identified in two spots, the first entry spot occurs during the flag break while the second entry stop marks its place during the break of the pole.

The gist of the above information would help the traders to tune their trading knowledge and also be helpful for the people who are beginners in trading to trade without much chaos.